Wine and art in Umbria

A tour suggestion to discover the beauty of Spoleto,
passing through the "Sagrantino Wine Road".

This pretty village is part of the exclusive “Most beautiful villages of Italy” club, thanks to its unchanged medieval charm.
Together with Montefalco, is one of the towns where the famous Sagrantino wine is made. The area of production of this wine is called “The Sagrantino wine road” and consist of villages as Gualdo Cattaneo, Castel Ritaldi e Giano dell’Umbria.
It’s very impressive to go through Bevagna’s narrow streets, especially in June during the “Mercato delle Gaite” festival, when the four “Gaite”, or districts in which the city is divided, set up craft shops, taverns and typical medieval markets. 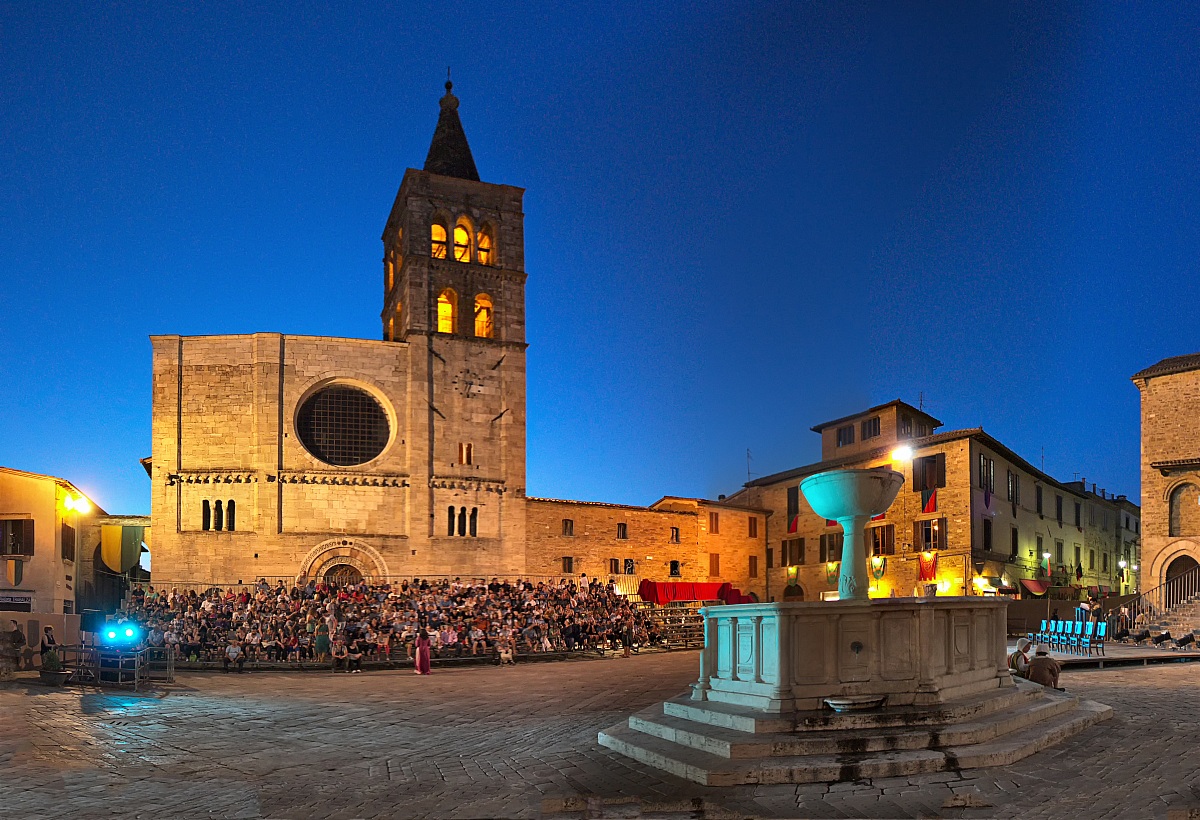 Montefalco is also called the Terrace of Umbria, thanks to its location overlooking the wide valley from Perugia to Spoleto. The most important buildings to be visited within the ancient town walls are: the City Hall (13th century), the church of S. Agostino, the Romanesque church of S. Bartolomeo, with the nearby Port of Frederick II (1244 A.C.) and the church of Santa Chiara, with its paintings of the Tuscan-Umbrian school. Another important place to visit is the 14th century church of San Francesco, which now houses the Art Gallery (Pinacoteca). Inside, you’ll find paintings of great artistic value such as a Nativity by Perugino and the extraordinary cycle of frescoes of the Stories of St. Francis, painted by Benozzo Gozzoli.

Beside its richness in architecture and art, the name of Spoleto has travelled the world on account of the FESTIVAL DEI DUE MONDI (Two Worlds Festival) founded here in 1957 by the composer Giancarlo Menotti. The festival runs every year from the end of June into early July and remains one of Italy’s most prestigious events of its kind, featuring music, opera, ballet, theatre and the visual arts.
PIAZZA DEL DUOMO. Its steps are the well known seats for the audiences which pack into this area to watch the concert in the square which closes the Festival dei Due Mondi every year. They also offer a fascinating view of the square with the Cathedral (Duomo) as backdrop. Next to the church of Santa Maria della Manna d’oro in front, there is the Caio Melisso theatre, built in wood in 1600 as the nobile theatre of the city. It was re-built in 1800 to hold larger audiences. It was restored again in 1958. Its ceiling decoration and the stage curtain must not be missed.
The ALBORNOZ FORTRESS. It was commissioned in 1362 by the pontifical legate, Cardinal Albornoz who entrusted its construction to the architect from Gubbio, Matteo Gattapone. This impressive building has a rectangular plan with six mighty towers around its permeter. Noteworthy frescoes in its interiors, which recent restoration has brought back to life.
The Fortress was once an impregnable residence for nobility and their illustrious guests. During the 19th century it lost its original function when it was transformed into a jail and was radically efaced.
The TOWER BRIDGE. It can be reached by following the panoramic walkway opened up in 1817 around the base of the Fortress. The Bridge is 236 m long and 76 m high and is supported by mighty ogival arches sitting in turn on grandiose stone piers. A road and an acquaduct built into the stone construction run along the top. There is much debate about when the Tower Bridge was built. However, most scholars agree that it was ordered by Albornoz and developed by Gattapone out and on top of an acquaduct dating back to Roman times. The Tower Bridge supposedly dates back, therefore, to the 14th century. Given its obvious strategic importance, the Bridge was defended by towers (hence its name) both in the Fortress and in the small Mill Fortress opposite.
The ROMAN HOUSE. Situated along a side street below the Palazzo Comunale, it is a well preserved example of a high status town house in a Roman Colonia. Some archeologists believe it may have belonged to Vespasia Polla, the mother of the emperor Vespasians. Impressive the cistern\well used for collecting water for the household and the well preserved mosaic floors. Very close to the Roman House, and not to be missed are Druso Arch and the the Roman amphitheatre. 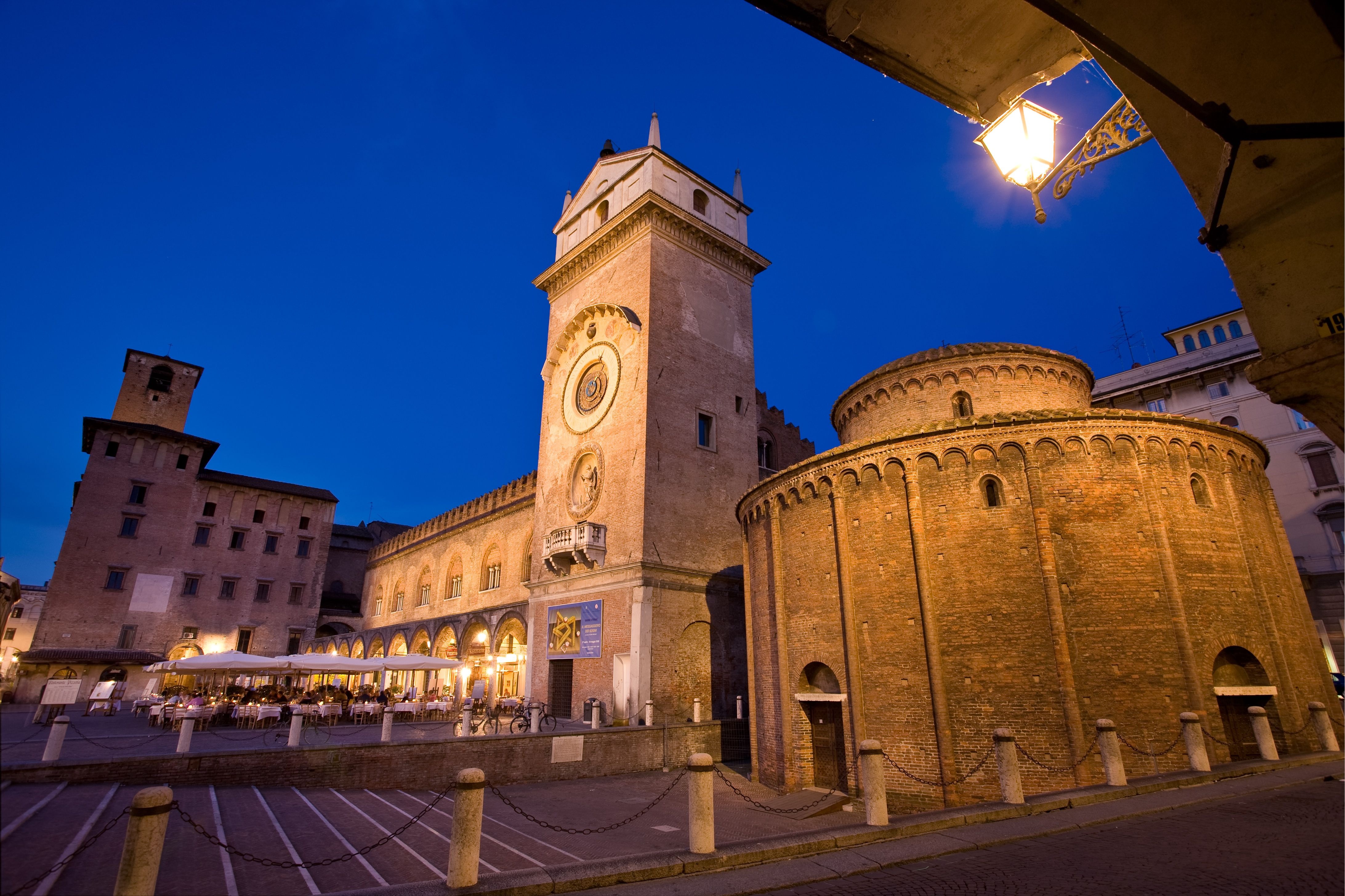